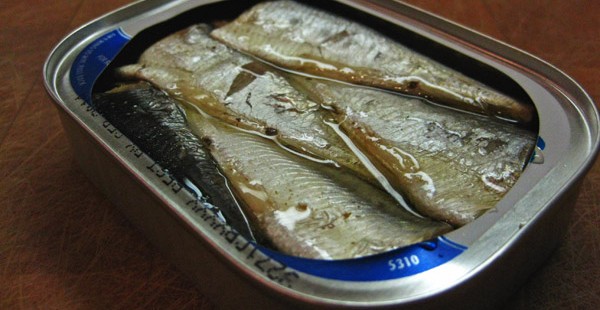 Sardines: The Perfect Food For Vegetarians and Vegans

I know… Sardines are animals and neither Vegetarians nor Vegans eat animals. But the truth is that a growing number of Vegans are driven by Health and are not Morally against eating Animals.

If you are willing to consider adding Sardines to your diet, you can Super Charge the health benefits you’re already seeing from a Vegan Diet (ideally no oil Vegan).

But what about Sardines is so special?

The biggest issue with No Meat diets is Vitamin B12, the next biggest is lack of Protein. You can go a long time eating a diet lacking in these two things and not notice any big problems but eventually most people will end up sick, some with permanent damage. This is because B12 is believed to be stored in the body and most people can go long periods without sufficient daily intake, but after a while it catches up to them.

As for Protein, you need to notice one thing about Vegans… They’re mostly very skinny (the no oil ones at least). The problem is that the Guys get too skinny and look “Girly” from the lack of Protein.

I’m not saying you can’t get enough Protein from plant sources like greens and legumes, I’m saying most guys don’t get enough and end up slowly losing muscle.

So for a successful Vegan (or Vegetarian) Diet you need to add B12 and Protein.

Beyond that it’s a great source of Calcium and Vitamin D and packed with other great nutrients and minerals.

Some say Fish aren’t safe to eat because of the toxins and heavy metals in the oceans. However Sardines are on the bottom of the food chain and they take less time to mature than larger species, this means they don’t accumulated nearly as much bad stuff and are rated as among the cleanest seafood you can eat.

Finally, Sardines are Sustainably Fished, making them Environmentally sound in a small way.

← 270 People Sick from “Tainted” Canteloupes
Carbs Aren’t Bad For You! →